THE WINFIELD ROCK REPORT: A SUMMARY

This report has been commissioned by the UK BIM Alliance to present the current understanding of legal and contractual BIM issues amongst the legal community and their clients. The document is divided into 6 sections that give some excellent explanations (and a few proposed solutions) to the primary issues of contemporary BIM practice.

BIM Level 2: What is it and is there a ‘legal’ DEFINITION?

Despite the UK government mandate, there is a still a wide variety of ‘definitions’ of BIM Level 2. However, a more of a worrying issue is that firms appear to be signing up to deliver Level 2 without even agreeing on one of these numerous definitions. The most telling interviewee quote states:

“Both authors of this report have seen contracts which contain something akin to the magical phrase ‘The Project shall be delivered to BIM Level 2’. More importantly, both authors have seen such clauses included without any clarity or discussion of what that actually means in terms of parties’ obligations, rights and deliverables. Our research found this was an all too common experience amongst the participants and was a real cause for concern due to the inevitable resulting misunderstandings regarding roles, responsibilities and deliverables.”

Whilst all those involved in the BIM world can give their own interpretation of Level 2 “as of February 2018 there appears to still be no standardised definition of BIM Level 2.” The consensus is that:

What standard of BIM are you?

The report has only focused on the PAS 1192 suite of documents, which have had a fundamental effect on the shape of BIM in this country. The application of these documents has had a mixed response form the interviewees:

“Use of the 1192 suite of standards was seen by our interviewees in equal measure as being helpful but carrying with it the potential to be applied incorrectly or inappropriately. Our research showed an inconsistent approach to application of the standards with some interviewees experiencing the ill effects of an overly zealous and rigid interpretation whilst others felt the suite was being used too flexibly with some project participants picking and choosing the standards that suited.”

Whilst they are an excellent starting point, once again they need to be considered and tailored on a project by project basis. The constant expansion, cross-referencing and editing of the documents required to achieve Level 2 can be something of a headache, as one interviewee explained:

“the eight pillars of BIM Level 2 don’t sing in harmony together”. A definition of BIM Level 2 from a mere four years ago would obviously be different and include fewer pillars than a definition produced today. In fact, with one further document to shortly enter into the PAS 1192 suite relating to health and safety a definition developed today may well be out of date before the reader gets to the end of this report!”

There was agreement that whilst the PAS 1192 suite is crucial to achieving BIM level 2, the lack of project specific agreement meant that it is easy to be non-compliant, when teams feel they should instead be judged on how well projects are delivered, not just technicalities of documental compliance.

The UK construction industry’s long-established standard forms of contracts are being updated to incorporate the use of BIM, although not necessarily with the same approach. Inevitably there were conflicting opinions of the effectiveness of these changes to JCT and NEC (amongst others). Issues ranged from the inconvenience of differing terminology, to the amendments being too open to interpretation, however a fundamental issue was highlighted in that

“…many consultants interviewed was that requests were being made of them to provide native model files (versions of their designs which are editable). The consultants felt that this changed the position regarding intellectual property rights as it allowed other parties the ability to access and manipulate the data provided. This situation, rightly or wrongly, seemed amongst our interviewees to becoming more prevalent and perhaps ought to be addressed, one way or another, in the contract drafting.”

In addition to the BIM specific amendments to the standard form contracts, there are a set of specific documents used on a BIM-enabled project (EIRs, BEP etc). However, a running theme was that EIRs often lacked information (or did not even exist) which is a fundamental stumbling block on the way to achieving BIM Level 2. The BIM Execution Plan is also subject to disagreement as to whether it should from a contractual document or is more of a traditional plan for delivering a project. This is because often there is no clear contractual way of enforcing the BEP, possibly because of the oft repeated issue here:

“…that there seemed to be a disconnect between lawyers and technical people. Lawyers were perceived to have little grasp of the working of BIM projects and to fail to understand how BIM documents relate to the other contract documents and terms. “

Whilst the CIC Protocol is still the only standard form available, the consensus was that it is a good ‘Starter For 10’, however is a relic from a time that BIM was largely theoretical.

THE LEGAL COMMUNITY’S BIM AWARENESS/KNOWLEDGE – DO THE LAWYERS GET IT?

Existing legal concepts are being adapted to the use of BIM however there is concern that the legal community is too disconnected to really understand how different a BIM project can be. Some sympathy was expressed in the report for the legal profession, as BIM is so tied into the innovation of the design and collaborative process, ideally you need to be part of this process to fully grasp it. There is an argument that the legal profession needs to be more proactive as this:

“…. stance is a problem waiting to happen, probably in the middle of the project when the parties pull out their contract to examine what BIM rights and obligations are bestowed by it to find that the terms do not – from a legal and contractual interpretation do what they thought or intended they would.”

However, as discussed in other sections, it is hardly fair to criticise for not understanding a process that even those involved cannot agree on consistent definitions.

A consensus exists amongst the interviewees that a potential source of BIM-related disputes relates to lack of sufficient clarity of BIM obligations, rights and risk allocation. To help allay this BIM needs to be fully integrated in to contract documentation as early as possible. One intriguing suggestion was for BIM deliverables to become linked with payments draw-downs to deal with the common issue of BIM being ‘left to the end’.

The importance of contractual BIM may not be appreciated by some until disputes arise and case law is made, which is when the importance of the contract terms will become painfully apparent. The routes forward suggested in this report are numerous and indicate a bright (if complex) future for the legal context to the use of BIM in the UK.

“To summarise, it is important for the legal community to understand Whilst the courts resolved the issue on this occasion, this decision about the commonly required BIM contract documentation, as well as to learn about and understand the technical aspects sufficiently to be effectively act as gatekeeper”

The overall conclusion of this report that there could be more work done on aligning all parts of the industry on contractual definitions of BIM. Marrying the slow pace and lengthy durations of construction projects to the fast-changing standards and potential deliverables continues to be a challenge, but one that must be overcome through early discussion and agreement. The continued adoption of BIM looks likely to drive clients, contractors and consultants to ever more collaborative processes and created a fundamental shift in the industry that the likes of the Egan Report advocated all those years ago.

A copy of the report can be downloaded here

Photo by niu niu on Unsplash 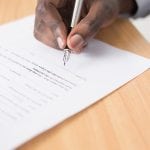