Evolve were employed as Whitby Bird’s CAD Development Team since the formation of the company in 2005 until the eventual incorporation into Ramboll UK in 2014.

Working alongside the CAD Managers in each of Whitby Bird’s UK’s offices, and closely with the CAD Associates, Evolve assisted with the deployment of their cutting-edge engineering solutions.

Evolve’s support team was available to all Whitby Bird’s offices 5 days a week, ensuring that any technical issue could be dealt with promptly and effectively. Working alongside internal CAD and IT support, Evolve reduced CAD-related support calls by 52%.

World-renowned for their innovative engineering solutions, Whitby Bird relied on Evolve’s expertise to keep them at the forefront of BIM practices. Evolve’s involvement extended into the integration of cross-discipline engineering design with drawing production, scheduling and quantification in a single, unified production environment.

“There are huge opportunities for companies who can recognise and embrace the benefits of new technologies. Working with Evolve inspires and enables us to realise these opportunities quickly and efficiently.”
Stephen Melville, Director. 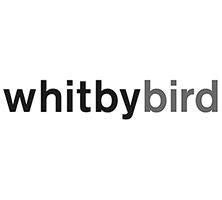 The UK practice was established in 1983 as Whitby & Bird — later known as whitbybird — and since that time we have evolved an engineering culture that sets industry standards and won numerous awards for engineering, design and technical innovation, including the Queen’s Award for Innovation in 2006.

The company’s award winning work has always been characterized by its variety, including the Slimbridge 2000 Visitors Centre, the British Embassy in Berlin, Millennium bridges at York, Lancaster and Peterborough, the redevelopment of Selfridges and the Faculty of Divinity, Cambridge.