There are two coordinate systems in AutoCAD. World Coordinate System (WCS) and User Coordinate System (UCS) which define the angle of the XY plane you are working in. The WCS should always be used to reference geometry to ensure everything aligns to the centre of a file in real-world location. The UCS can be used to orientate the screen to a site.

Drawing files will usually have the WCS set by default.

The current WCS or UCS orientation is indicated by the UCS icon in the bottom left corner of the screen.

By default the Ribbon View tab > Coordinates panel is turned off. To show the panel, click the View tab then, right-click to the side of the available panels and click Show Panels > Coordinates.

The Coordinates panel will be displayed.

To set the coordinate system to World from the Ribbon Home tab > UCS panel, click the World button.

In the example, the site is not orthogonal and the site grid is rotated to match the site orientation. 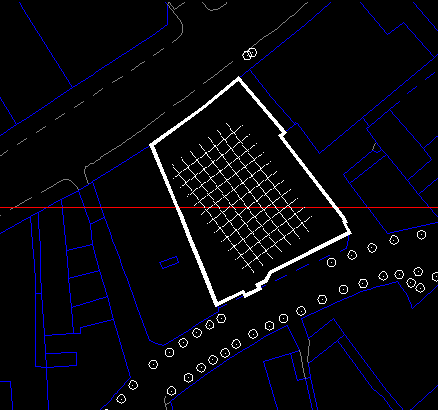 To set a UCS from the Ribbon View tab > Coordinates panel, click the 3 Point button.

AutoCAD will prompt Specify new origin point click the point you wish to be the 0,0 location for the new UCS. You will see the UCS icon being relocated.

You will then be prompted Specify point on positive portion of X-axis. Click a point to identify which direction the X-axis should align with. In the example, the gridlines would be used.

You are then prompted Specify point on positive-Y portion of the UCS XY plane. Click a point on the Y-axis.

Once the UCS has been relocated and reorientated, the UCS Icon will be shown in the new location. 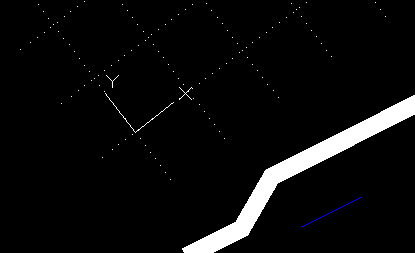 When using the AutoCAD drafting tools, they will now align with the new UCS.

There are no reviews yet.

Be the first to review “COORDINATES IN AUTOCAD” Cancel reply