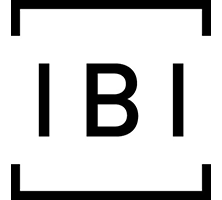 In an increasingly competitive industry, excellence in all areas of business is critical for continued profitability. Nightingale Associates, the largest architectural practice in Europe specialising in healthcare, science and education, has targeted performance improvements in all aspects of the design and delivery process. One area, fundamental to production of all projects, regardless of stage, size or complexity is the efficient use of Computer Aided Design.

Chris Seymour-Smith, the company’s Technical Standards Manager, joined the company in 2007 to rationalise and redesign the companywide CAD standards and design procedures, automating as much as possible. In 2009, with the initial signs of a deep and extended recession clearly visible, positive action was taken to understand exactly how effective productivity was within Nightingale Associates. To aid in the review process, Chris employed the use of KnowledgeSmart, a performance benchmarking tool, designed to analyse performance and report on training needs.

“The purpose of KnowledgeSmart is to identify areas where we can improve,” notes Chris, “Our aim was to maximise global performance through training, development and attention to detail. You need to know where that effort is best focussed, which is where KnowledgeSmart proved so useful.”

KnowledgeSmart consists of a series of short exercises and tasks which rates an individual’s CAD skills. Anyone and everyone who uses CAD was required to sit the assessment, providing Chris with an overall picture of the company’s performance.

The results echoed the National Average, highlighting exactly which areas could do with further education. Although the scores were, aside from two or three stages, perfectly acceptable, it became clear that the length of time being spent on basic CAD operations could be improved. The strategy was now apparent. “It’s not really a strong selling point for your company, is it?” asks Chris. “Who wants to advertise themselves as ‘We’re an average company, we’ll do OK if you employ us’. Nightingale Associates promises that ‘all our projects receive the latest computer support, and our systems are regularly reviewed and upgraded, streamlining information and improving efficiency’ – we need to demonstrate that. So we brought in the only company we felt could deliver the strategic improvements we required: Evolve Consultancy.”

Evolve Consultancy, specialists in improving business efficiency through design technology, worked alongside Chris to plan and deliver a nationwide programme of focussed learning. Nigel Davies, Director at Evolve, comments: “We needed to ensure everyone within Nightingale’s was at a similar level of performance. We had some people who had little practical experience but even the architects who’d used CAD for years needed to gain something from this exercise. Anyone can deliver tools training; we aim to provide pragmatic mentoring, helping people to approach their design responsibilities in a manner most suited to Nightingale’s standards and procedures.”

The programme was structured around short, focussed productivity sessions – a format which both Chris and Nigel agree is the best for maximum concentration. Another key point was to hold the sessions in a familiar environment. “While you have to minimise interruptions,” Nigel explains, “education is improved through comfortable surroundings. You’re learning to improve your work; where better than in the same location you will carry out that work, with the same PCs, network and standards?”

After all the UK offices had been visited, Chris once again re-evaluated the company’s performance using KnowledgeSmart. He says, “A single snapshot of performance has a certain value, but a continuous review helps to move Nightingale Associates forward, maintaining our position as leaders in our field. Our results were better than we had hoped for.”

Figure 2: 2010’s results overlaid on 2008s. The marked improvements in the targeted areas are clear.

While it appeared not all areas had improved, the results highlighted areas where Chris had introduced automated procedures, and where training had consciously not been focussed.
Nightingale Associates saw an accuracy increase of 21.4% between the original and latest results. Clearly a marked improvement, although taken in isolation, a result that is not really indicative of any tangible efficiency gains. To look at efficiency, a comparison of score with time was calculated, which showed a 4.3% rise in efficiency.

Looking in closer detail at the performance of the individuals, 45% of the architects ended up with Above Average or Excellent scores, including a rare 100% score, compared to 23% in 2008,with 41% of the staff improving their results by over 25%.

Figure 4: Comparing score and time demonstrated an increase in efficiency in the two year period.

Nightingale Associates has proven that investment in the basic operational efficiency of a design project has significant payback, both in immediate monetary terms, and an ongoing atmosphere of nurturing and professional development for their staff. This ethos and desire to continually improve their service delivery reaches into all aspects of their business. Is it any wonder a forward-thinking company has managed to maintain, and increase, profitability despite the ongoing financial climate.