Released on 10th April 2018, the CIC BIM Protocol is updated and now “is closely aligned with PAS1192-2”. It is presumed that this extends beyond just PAS1192-2 to include the newer additions to the 1192 suite…

The changes and their implications can be summarised as:

In all, an important new release of the BIM Protocol and one which takes a major step in clarify the importance of the BEP. There will no doubt be as many sighs of relief as there are frowns of concern over some of the changes to clauses, but the BIM Protocol should be seen as highlighting possible points of contention that need to be addressed and agreed “by the Parties” (that’s both “sides”) prior to signing on the dotted line. And that can only be a good thing, surely? 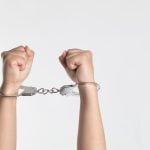 THE WINFIELD ROCK REPORT: A SUMMARYBIM